Facts About Opal to Blow Your Mind 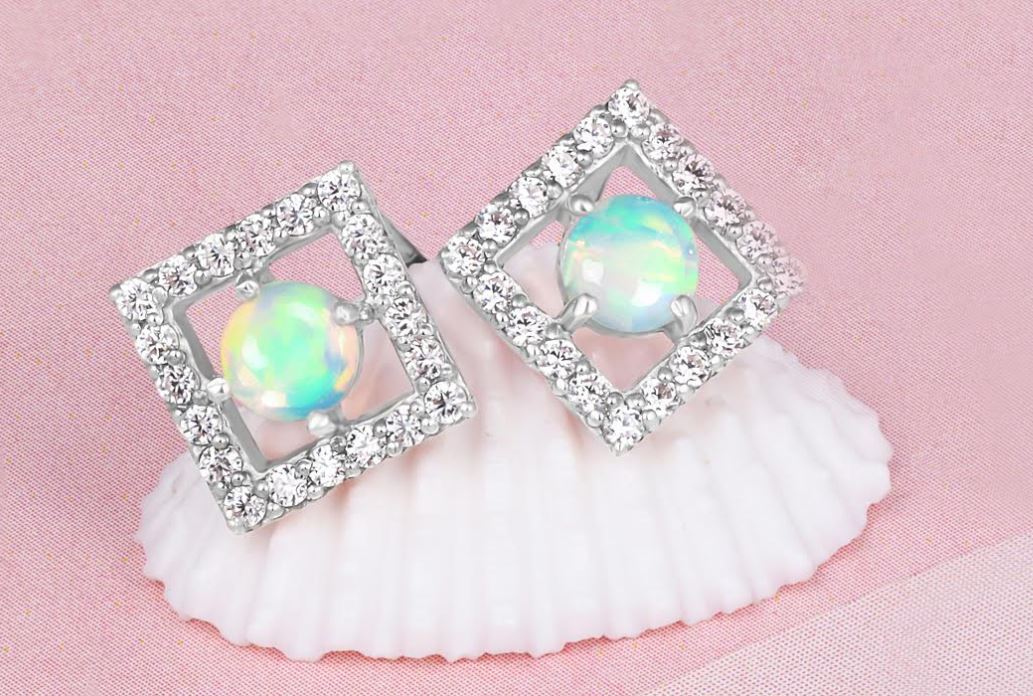 Facts About Opal to Blow Your Mind

With its divergent, dynamic colors and captivating patterns, this semi-precious stone is a perfect match to form opal earrings, pendants, bracelets, and necklaces.

Opal is an amorphous form meaning it does not have a pre-defined crystalline structure. This particular feature sets it apart from other gemstones and thus has made its place in the heart of jewelry lovers worldwide.

The article will talk about some interesting facts about opal that might surprise you.

Opal a Significant Part of The History

The Writers, craftsmen, and artists have held opal in the highest regards since ancient times. However, the exact discovery of opal is not known, as records vary. However, there are certain artifacts containing traces of the gemstone to date as far as 4000 BC. It was also surrounded by different lore, and one of them stated and gave it the name “opalus,” meaning precious.

Good Things Take Time, And so Does Opal

According to world-renowned researchers and a thorough study of opals, it came to the light that the opals took millions of years to form; this process was slow and brought with the silica as the base material. It was believed that heavy rains washed the silica into small canyons and cracks, initiating its creation. As the water got evaporated, only the silica was left behind in gel form. It eventually got hard over millions of years. This theory is notably the most valid one. Giving admission to the Fact that opal contains significant traces of water ranging between 5 to 20%.

Interesting Fact: it takes about five million years to form a single centimeter of opal.

Australia: The Main Source of Mining

After the years of mining and a look at the history, it was realized that Australia holds a market monopoly in the supply of good quality opal to the world. The Australian mines fulfill over 95% of the world’s supply.

Other countries known for eminent quantities are Ethiopia (the new emerging source of quality opal), Brazil, and Mexico.

Opal comes in different categories like other gems, making beautiful jewelry pieces such as opal rings with each differentiating factor. They are of two main categories precious and common. A precious variety of opals come in eye-catching colors such as a fiery red or mimics of a slew of colors that look pleasing to the eyes. These opal features present a detailed look to the wearer and a class blend together to form a beautiful precious rock. 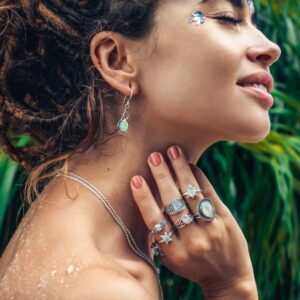 Opals have two distinct sets of color themes; one is the background color formed due to silica’s impurities. They come in the color range of white, yellow, red, orange, green, brown, pink, blue, and black. The other comes due to the way silica hardens into a crystalline form. Which represents the highlighting play of rainbow colors.

The Silica consists of insignificant spheres that merge with one another. During their fusion, small gaps are formed, and these spheres get the light diffracted. (This phenomenon caused by light diffraction is responsible for the shapes and color play of opal).

Intensity: The Driving Factor of Opals

Opals with a rich color scheme and intensity depict the high kaleidoscopic colors that present their undeniable shine. The deeper the color, the higher price it will grab.

On the most commonly used Mohs Scale, Opal ranges between 5.5 and 6.5, proving them to be the delicate bits in the gemstone. This implies that they require more attention and care while dealing. While the other gem is easy to deal with and is easy to shape in the jewelry pieces.

A false belief among people regarding the purchase of opal is that it brings bad luck to the one who incorporates them into their life. They also believed that the only people shielded from opals’ effects are those whose birthstone is opal. Opal will guide and protect the people born in October but will destroy those who are not born in the same month.

Although after deep study and watching over the opal for years, it is proved that these were only myths and had no fact attached to them.

Opal An Official Birthstone of October

Opals were believed to be the October birthstone since the 15th century. Over the years, it was regarded the same, but in the year 1912, The National Association of Jewelers agreed to consecrate opal’s position as the official birthstone of October.

The shine of opals in the jewelry is not hidden by the world. But in the year 2015, it was discovered on Mars by a NASA orbiter, making it the second gemstone found in outer space, giving it the tag of Extraterrestrial Stone.

The Doublets or Triplets

Opal is primarily solid cut stones. But at times, they carry the different thin layers, which have a rich play of colors. Some artisans cut the rock down and then glued these pieces together to bring the shine from the bland to the finest.

Where to buy it?

If you want to add these stunning gemstones to your collection, you can explore Rananjay exports. They are the wholesale gemstone jewelry manufacturer based in India. They have a wide variety of opal jewelry studded in sterling silver with enticing designs to fit your taste.