Electricity Issues In Bathrooms – How To Deal With It? 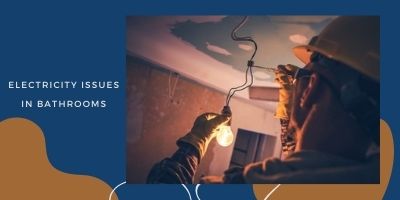 Electricity Issues In Bathrooms – How To Deal With It?

How do Bathroom Faults Affect the Daily Lifestyle?

A fully equipped bathroom with all the electrical appliances functioning completely everyday is very much essential for every one nowadays. Each and every appliance in the bathroom nowadays is run on electricity. Light, exhaust fans, geysers, and many more are the most common electrical essentials, which are seen in bathrooms. A busy person’s schedule depends on the uninterrupted functioning of these appliances. If any of these appliances gets disrupted due to any electrical issue, one’s schedule for a whole day gets disrupted and it happens to be an emergency. For any such problem, one can contact an experienced local electrician in London from Electric Works London. Electrical issues are not only frustrating but dangerous also. The appliances should be used carefully and also they should be kept in regular check so that it does not cause any kind of emergency. The electricians should be able to explain the connections of the wires of the electrical appliances and their functions so that the person knows when to call for an electrician when required. Most people nowadays are quite ignorant about electrical functions and its issues. They don’t know much about the basic functioning of electricity and for this reason they don’t understand the severity of the situation until they face the dire consequences. So, the electricians should communicate with their customers and talk about the electrical issues, its functioning and the conditions which should be noticed to inform the electricians before any huge damage is caused.

What are the Types of Electricity Issues in Bathroom?

The basic types of electrical issues are:

Lights going out in bathrooms especially during the evenings when it is actually required can be quite frustrating. Light is the basic electrical appliance which is needed. The lights going out may not require the help of electricians, as some people know how to remove the defected light and fix a new light in place of that old light. If there is any issue in the wires for which the lights are going out frequently, then an electrician should be called as soon as possible. Faulty wires should not be left unattended for long as it can lead to more serious electrical hazards.

Hanging switch boards pose a very dangerous electrical hazard as they hang from the wires. If by any chance the wires become loose due to the weight of the switch board and if it is used within that condition without even repairing, it may produce a spark or initiate fire.

Faulty wires are something that ordinary people cannot detect. An electrician is required to be called in this case.

Any Particular Electrical Appliance being Inactive:

Any kind of electrical appliance in the bathroom which is inactive or is giving out any issue should not be left unattended or inspected by an unprofessional. For these cases, an electrician should be called without any failure. If the person is in urgent need of that electrical appliance then he should call for an emergency electrician.

Safety Tips that should be maintained to avoid Electrical Faults in Bathroom:

These are the basic steps which should be followed to avoid any kind of major electrical accident. As electrical faults in bathrooms are one of the common problems faced by people, these above measures can help in solving them.